How Blockchain Financial Services Will Transform the Global Economy 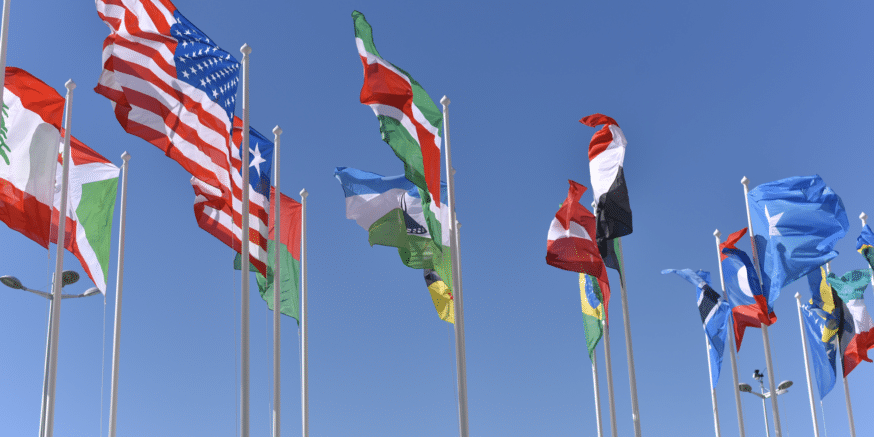 Blockchain technology is transforming what it means to banks in major ways.  People from all over the world are learning about the advantages this technology offers, and every day new and more advantageous blockchain startups are entering the marketplace.  The open nature of the decentralized economy is truly inspiring, and for the first time in history, there is a real opportunity to solve many of the problems associated with our financial system.

A recent study conducted by the World Bank Organization revealed that more than two billion people around the world lack adequate access to financial services.  These individuals are forced to conduct all of their transactions in cash which can be dangerous as most of these areas are located in developing nations.  The study also revealed that over 50% of adults in the poorest households are unbanked.

This lack of financial inclusion is seriously hindering world economic development, and in many countries, there has been considerable effort put forth to tackle this problem.  Unfortunately, many of these programs lack the technological ability to solve these problems. Considering that the problem is inherent in the current financial system, there is little hope that a solution will come about using the current centralized economic stance.

Why Blockchain is the Answer

A new decentralized approach is needed to provide these individuals with fair and equal access to financial services.  The centralized nature of our current banking system requires a huge infrastructure to implement and the investment capital to institute these expensive additions is not practical in many poorer nations; many of which, still lack access to basic infrastructures such as roads and hospitals. Creating a blockchain-based access point for these unbanked populations would be much easier than attempting to extend the current cumbersome banking system into these regions.  Many of these countries are politically unstable and widespread corruption has curbed the desire for large institutions to enter the market.  Corrupt governments are controlling the funds entering their regions and restricting the people’s ability to economically develop.

The implementation of a blockchain-based banking system in these regions would help to curb the corruption currently running rife in the banking system.  The transparent nature of blockchain technology is ideal in preventing government and banking officials from skewing the books.  Corruption is not regulated to just developing countries, as we have already seen in the multiple banking bailouts of the last few years.

Many of the citizens of developing countries such as Zimbabwe are in this exact position.  The people have lost faith in their government after years of repression and what basically amounts to financial terrorism.  Skyrocketing inflation and corruption have made blockchain alternatives flourish in this country and a new generation of blockchain-aware investors is emerging. The change throughout Africa is real and in March of this year, South Africa hosted its fourth edition of their Blockchain Africa conference in Johannesburg.  This saw record attendance including representatives from the financial, legal, and technologies sectors of the country.

The Peer-to-Peer nature of blockchain technology makes it the ideal choice for businesses looking for a more efficient solution than the current lackluster systems in place. There are now multiple cryptocurrency merchant processors at a business’s disposal and by implementing these technologies, a business can easily enter the global economy from anywhere in the world.

In its current state, the global economy can be punishing on individuals who attempt to offer their services or products internationally.  The dollar-focused central banking system makes it very difficult for countries with less influential fiat currency to become important players in the world economy.  Converting currency internationally can be an expensive task and this hinders many entrepreneurs’ growth.

During the conversion, a company can lose significant buying power if their currency is not of equal value to the other parties involved.  This is a skewed financial system that leans heavily towards the colonial powers that first instituted these systems in these countries 500-years prior. Blockchain Technology Allows For Open Access to the Global Economy

Blockchain users can avoid this pitfall.  The decentralized economy is not owned by any country and the largest player in the sector, Bitcoin, isn’t affiliated with any organization or region in particular.  One can only assume that Satoshi, the anonymous creator of BTC, must have had the foresight to see that these corrupt organizations would step in and try to regulate or commodify his creation into another tool for their power-hungry strategies.  To avoid this confrontation, the creator of BTC has decided to stay anonymous for over 9 years.

Due to the fact that there is no way to contact Satoshi, governments are forced to tiptoe around the issues of regulation, whereas, in a usual scenario, they would just confront the company’s owner and demand they meet their demands or else.  The only thing these countries can do to Satoshi is send him BTC to his known BTC address; as that is the extent of the knowledge of this person’s identity they have.

The undeniable efficiency of blockchain technology makes it the obvious choice to solve the world’s current financial system woes.  A decentralized financial system would allow for equal access on a global scale and further help those who are being drowned in corruption to seek a legitimate alternative to the current system.  Hopefully, blockchain technology can continue to provide untethered access for these individuals who are seeking to become active members of the global economy.

What do you guys think?  Is the world ready for a fully transparent banking system?