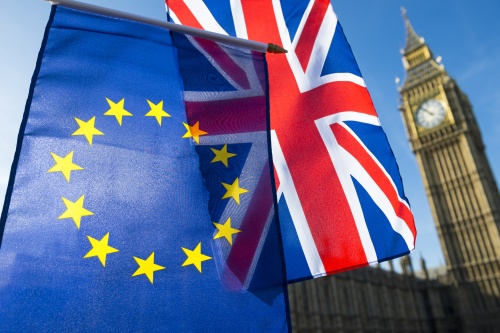 Brexit Countdown: The impact on AML!

The European Commission’s fifth Anti-Money Laundering Directive entered into force on 9 July 2018 and Member States have until 10 January 2020 to transpose the majority of its provisions. Its main aim is to establish a centralised public register of companies and their ultimate beneficial owners, thereby reducing the number of shell companies. It was an important step forward in combating money laundering by criminal enterprises.
The UK government has confirmed it will implement this latest Anti-Money Laundering Directive before it leaves the EU. It said that it will transpose the new rules into law as the deadline for adoption, January 2020, falls within the post-Brexit implementation period that was agreed in principle between UK and EU towards the end of 2019; however, that agreement has been rejected by the UK parliament. What now happens when the United Kingdom departs from the European Union is therefore a serious concern.
The UK has in fact put its own legislation in place (in May 2018) to be able to deal post-Brexit with both sanctions and money-laundering under the Sanctions and Anti-Money Laundering Act 2018 (“SAMLA 2018”). The main provisions of SAMLA 2018 will come into force in 2019. The purpose of SAMLA 2018 is to ensure that once the UK has left the EU that it can continue to impose, update and lift sanctions provided for by the United Nations (“UN”) and pursuant to other international obligations, and effectively detect and prevent money-laundering and terrorist financing by implementing internationally recognised standards. Under this regime the UK has already adopted its own particular approach in some respects e.g. sanctions (in the form of an asset freeze) may be adopted on individuals by description rather than by specific name.
Some commentators have warned that by stepping outside European regulatory and policing arrangements, Britain is at risk of becoming Europe’s money laundering capital. Money launderers often seek out areas where there is a low detection risk due to weak or ineffective AML policies and a breakdown in international cooperation. A disorderly exit from the European Union could therefore provide the perfect opportunity for money launderers to take advantage of potential loopholes and uncertainty.
For example, at present, the UK is a member of Europol, the European Union’s law enforcement agency. Europol has a remit to tackle European-wide serious and organised crime threats, and much of its work involves anti-money laundering efforts. In addition to providing an arena in which joint action can be organised, Europol also maintains a Europe-wide criminal information and intelligence database, the Europol Information System (EIS). The EIS collates the national databases of all twenty-four-member states, making them searchable by all Europol members. If, for example an investigation was being conducted into British nationals in France, the French police would be able to check whether they had been connected to crime which had taken place elsewhere on the continent.
Each year, the UK uses this database for around 250,000 searches relating to terrorism and crime investigations. If the UK, like Canada or Norway, were accepted as a third-country member, Britain would no longer have full access to the data, could no longer run operations from Europol, and would have less influence. It would be possible to have a special agreement, such as the EU negotiated with the United States, to give the United States greater access to data, but it is unclear how long this would take.
There is perhaps an upside. It is likely that the EU could engage in such a flexible special solution while pursuing security areas where the UK has resisted greater European integration. But in the meantime this loss of shared intelligence will greatly hinder the ability to combat illicit flows, as British officials will be unable to “follow the money trail” once it has left their locality.
Last year the EU together with the European Banking Authority (EBA) announced measures to combat white collar crime, which will ensure that Europe’s banking supervisor is the ultimate meditator when it comes to money laundering. The EBA has been given the authority not only to address problems at banks but also to perform risk assessments and further develop AML standards.

What this means for UK and European banks

In December, the EBA issued a warning to European banks that they must step up their efforts to mitigate the risks of a disorderly Brexit. The EBA warning reflected the real risks that will arise if the UK finds itself excluded from policy-making on money laundering and white-collar crime in general. As things currently stand efforts depend greatly upon cooperation and collaborative international treaties which the UK may be forced to leave. The UK will have to align its own anti-money laundering standards with those set by global leaders, such as the United Stated or the EU. The UK’s proximity to the EU and its existing financial relationships suggests that the UK may have to adopt EU standards, as European-wide compliance will be necessary for post-Brexit interaction. However, like most other EU-related matters, the UK will no longer be in a position to influence them, so its ability to combat money laundering could be curtailed. Criminals are likely, for example, to exploit the redesigned customs setup that follows Brexit.
With the UK eliminated from existing agreements and the customs union, British and European banks will be more reliant on working cooperatively at the international level and investing in their own know-your-customer (KYC) technology if they want to remain on top of the challenge. A lot have already been planning for the worst-case scenario, but this is not such an easy call for smaller banks.
For many international banks, customers may need to be transferred to the EU. The need to on-board many customers creates an opportunity for unsafe accounts to slip through the net and gain legitimacy, or alternatively if the process is delayed, this could result in bottlenecks and backlogs that lead in turn to significant losses in revenues and market share. This will not be a “one-off” event but may endure over some period of time as the implications of Brexit unfold fully. Less well-resourced financial services entities would be wise to investigate cost-effective technology (e.g. cloud-based) solutions and put processes in place to avoid the worst from happening.