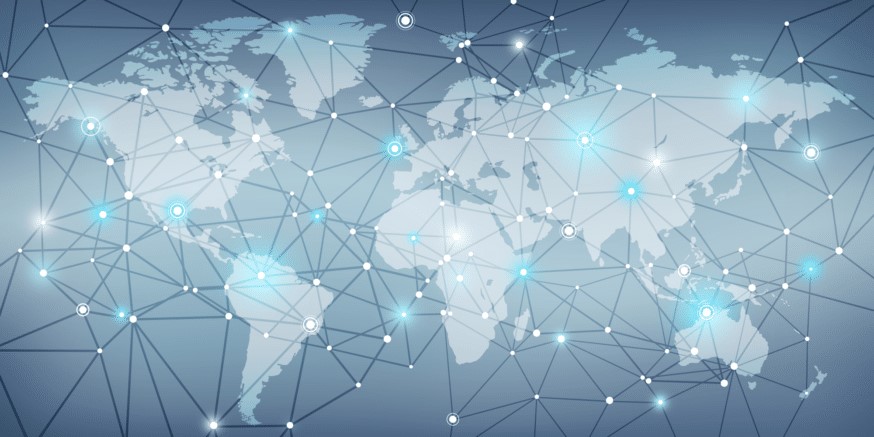 These international payments are vital to the livelihood of millions of people around the world. They’re primarily used for living expenses such as food, transportation, and education. Making these statements more tangible, East Asian countries received $129 billion in remittance payments last year according to the World Bank. Remittance Statistics via the World Bank

A recent study revealed that the remittance sector has grown to a staggering $585 billion industry. In 2017 alone, $439 billion was sent to developing countries, equating to around 700 million families living off of remittance payments globally.

Mexico isn’t alone in their dependence on remittance payments. The World Bank released their 2016 remittance statistics in April of this year. The report revealed that remittance payments are now more stable than private capital flow in terms of international growth. This means that the remittance industry could be a smart investment in most parts of the world.

Sending money internationally isn’t cheap, and non-profits such as the World Bank have been combating these high fees for years. Since 2008, remittance fees have declined 7.32 percent. This decrease saved migrants $90 billion in fees over the same time frame.

Whenever someone sends money internationally, numerous third-party organizations are involved in the transaction. Each verification step adds a small fee to the total cost. In addition, international conversion rates must be accounted for. World Bank reports have averaged these costs to be around 7.45 percent of each transaction processed.

Africa relies heavily on remittance payments. Until recently, large financial firms, such as Western Union and MoneyGram, dominated the market. This changed when blockchain remittance companies began to spring up across the continent. Firms such as Abra are now changing the local markets.

The Abra platform allows users to transfer money for free across the globe. In addition to these cost savings, users are able to send transactions directly from their mobile devices. Abra offers a direct peer-to-peer money transfer technology that doesn’t require the use of any bank. And, the platform automatically deposits funds onto debit cards that it provides for users. Abra is pioneering remittance FinTech with this all-inclusive approach. This non-reliance on the traditional banking system is important in developing nations because they often lack the means to implement the expensive infrastructure required to institute these organizations. By circumventing the current system, Abra users don’t have to worry about how to transfer money from blockchain to bank account.

Migrants are saving on fees and conversion rate costs by removing the middleman from the remittance system. These savings are too large to ignore, and now, industry leaders are researching this technology.

Blockchain Remittance on the Rise

For the first time ever, this year’s Global Money Transfer Summit (GMTS) will feature blockchain remittance FinTech. The GMTS is the largest international money transfer conference in the world. Every year, representatives from major financial institutions are chosen to speak at this event.

Among those invitees are representatives from Ripple, Stellar, and Cashaa. These popular cryptocurrency representatives will discuss the future of the money transfer industry and why blockchain technology is an essential path for the industry to travel.

Ripple (XRP) was one of the first bank-focused cryptocurrencies to enter the market in 2012. Designed primarily for large international inter-bank money transfers, Ripple’s developers describe it as a real-time gross settlement system. The Ripple platform utilizes the XRP token to facilitate these global transfers instantly.

Ripple has managed to secure major partnerships with numerous large financial organizations including Fidor Bank in Munich, Bank of America, and Santander. In May 2015, Ripple became AML compliant after receiving a $700,000 fine from FinCEN for not complying with the Bank Secrecy Act. Today, the cryptocurrency remains in the top five coins in terms of market capitalization.

Blockchain technology is transforming the remittance sector, and Ripple isn’t alone in their quest to service the international money transfer industry. Today, numerous remittance-focused cryptocurrencies are available. You can expect to see further integration of this game-changing technology.

Now that the industry has openly acknowledged the benefits that blockchain technology brings to the table, the demand for blockchain-based remittance services is expected to increase significantly. This is great news for the millions of families that rely on this lifeline to survive. David Hamilton aka DavidtheWriter has published thousands of cryptocurrency related articles. Currently, he resides in the epicentre of the cryptomarket – Puerto Rico. David is a strong advocate for blockchain technologies and financial sovereignty.