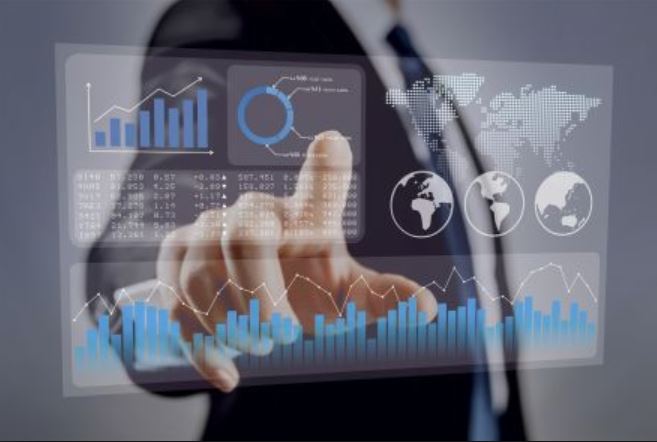 The cost of money laundering and other forms of financial crime are critical to a bank’s future. Germany’s troubled Deutsche Bank faces fines, legal action and the possible prosecution of senior management because of its alleged role in a $20bn Russian money-laundering scheme, according to a recent report in The Guardian.

Money laundering scams included shell firms lending money to each other and then declaring themselves bankrupt. On top of the heavy fines that can be incurred, the damage to brand and reputation can be incalculable. Deutsche Bank has been dubbed the “Global Laundromat”, with the total funds involved estimated at around $80bn.

Now, there’s a big challenge for any PR company that’s up for it.

And yet the cost of being squeaky clean (at least, in the eyes of the regulator) is also eye-watering. In the US alone, the cost of AML compliance is estimated at $23.5 billion per year. European banks come close with $20 billion spent annually. And for what? The banks identify a measly one percent of all the money being laundered.

So, what is the point of “compliance”? It has become an end in itself, a tick-the-box exercise that is imposed by governments and regulators and keeps thousands of compliance professionals in highly paid jobs, and tens of thousands of low-paid drudges doing soul-destroying menial work.

Anti-money laundering has always been, and remains, a largely manual exercise that involves chasing up cases of unusual or suspicious activity, which in the overwhelming majority of cases turns out to be a false positive.

At the root of the problem are the four Vs of Big Data: The accelerating rate of growth in the volume of financial data in circulation, its velocity of circulation, its variety and variability. According to the International Data Corporation (IDC), 44 Zettabytes of data will have been generated by 2020.

To put that in perspective, a zettabyte is one billion Gigabytes. A Zettabyte is equal to one sextillion, or 1021. The number of grains of sand on Earth is estimated to be a far smaller number, just 7.5 * 1018, or even quintillion, five hundred quadrillion grains.

Therefore, talk about needles in haystacks comes nowhere near to describing the challenge! Trying to find a single criminal transaction is more akin to finding one grain of sand across several continents. But with an additional complicating factor.

The number of grains of sand on Earth, though vast, is finite. Whereas we are constantly pumping out more financial data. By 2030 there will be some 50 billion electronic devices connected to the internet, most of them generating transactions in one form or another.

There is only one way to escape from this cul-de-sac, and that is through the application of technology.

Let’s consider some of the technologies involved. Specifically, technology that is powerful enough to trawl through those mind-bogglingly vast oceans of transactional data, detecting patterns that indicate criminal activity with a very reliable degree of probability.

True, there is a lot of IT hype out there but if you are serious about knowing your customer and tackling money laundering with an acceptable return on your efforts and investment, you need to acquaint yourself with artificial intelligence (AI).

The AI idea started at the beginning of the last century. More specifically, the first scientific paper written by Walter Pitts and Warren McCulloch on the subject influenced the important Dartmouth conference in 1956.

AI has a broad definition. It applies to any form of intelligence demonstrated by computers and similar devices. The Financial Stability Board defines AI as “the theory and development of computer systems able to perform tasks that traditionally have required human intelligence.”

Machine learning (ML): This is a key sub-field of AI and it is developments in machine learning that have powered many of the recent successes of AI in the finance sector. It refers to the science of algorithms and statistical models that computer systems use to perform specific tasks without using explicit instructions. Typically, the more historical data that a machine learning system has, the more it learns how to respond to new data.

Artificial Intelligence and Machine learning uses two types of techniques: Supervised, models are trained on data with known inputs and outputs (also known as categorized data) to identify potentially suspicious transactions. while Unsupervised, models are exposed to raw data to find hidden patterns or intrinsic structures that might signal money laundering or other financial crimes.

Everything is becoming “Smart” such as our cars, mobile phones, televisions, watches, even are cities. Nevertheless, we have not yet lived in the age of unsupervised AI. Its counterpart supervised AI already exist.

Applying AI and ML in the fight against financial crime

Two primary benefits for the banks engaged in combating financial crime: mainly the reduction of false positives and building more sophisticated risk profiles based on behaviour, rather than relying only on rules, will go a long way to increasing the efficiency in the AML process.

The methodology behind traditional transaction monitoring systems is essentially, rules, thresholds and risk profiles based on industry specifics such as product, geography, and transactional value and type.

As we have seen, this is not the most sophisticated nor the most efficient approach when trying to detect suspicious activity which has lead to a high-volume of false positives.

Therefore, the future of transaction monitoring means being able to dive deeper into transactional data in near real-time as opposed to only using a library of set rules based on industry specifics.

The importance of this is demonstrated with the use of supervised learning in sanctions screening where every payment transaction must be screened to check if any beneficiaries are on a sanction or pep list.

However, these screening systems produce a lot of false positives that must be dispositioned by a human reviewer, before the transaction can leave the gateway. Hopefully, AI can be trained, well enough, to eventually takeover much of the task of reviewing these false positives.

Artificial intelligence could not have came at a better time and you simply cannot afford not to experiment with it, especially for a under-resourced medium or small sized bank. AI and ML have game-changing potential through there ability to provide a means to scale and adapt to the modern threat of financial crime.

That said, artificial intelligence is not, and probably never can be, a substitute for human intelligence. In order to better explore and realize the potential of AI, banks must understand its limitations and risks as well as its capabilities. Essentially,

AI’s role is to support the non-automated and semi-automated tasks processing and investigating huge amounts of data that human beings simply cannot handle. In short, AI can and must help where there is lots of historical data, from which algorithms can learn, and the risk of making a mistake is small.

The current challenge is that these customer category do not consistently represent groups of entities with consistent transaction behaviour. As a result, when alerts are generated on good customers, financial institutions will need to decide on either tweaking the rule for the entire customer category or create a new customer sub-category. For this reason, many banks are working with over 200 sub-categories, literally losing the oversight.

Therefore, an area of promise for AI could be risk profiling and customer segmentation. AI analysed transactions, would place customers in more relevant risk segments based on their behaviour. For example, one customer segment could be entities that engage in large cross border wire credit transactions, have high-frequency counterparties, and a large number of unique originators.

If a customer executed transactions outside of the normal parameters for their segment, they would be subject to further analysis, including, potentially, investigations by humans. This would minimize the number of false positives while increasing the productivity and lowering the cost of compliance.

Humans on the other hand will need to step in where there is little information (or the information has already been sifted and condensed) but the risk of making a mistake is significant.

Here are the challenges to Artificial Intelligence and Machine Learning that nobody talks about:

This means that while investigating how to deploy AI it is also vital to establish a system of governance and an ethical framework through which the development and use of AI can be governed. AI systems will need to be continuously assessed to determine the quality of their outcomes, and constantly improved if the financial services industry is to keep pace with the ever-changing nature of financial crime.

However, appealing that this technology might sound to the people watching the bottom-line. The reality is that AI systems require months of laborious training, as experts must feed vast quantities of well-structured data into the system for it to be able to draw meaningful conclusions and those conclusions are only based upon the data that it has been trained on.

In short, human learning is every bit as important as machine learning!

You can find more articles as well as contribute your own articles to the AML Knowledge Centre here on LinkedIn by joining the group @ https://www.linkedin.com/groups/8196279/ or visit or page on cryptocurrencies https://aml-knowledge-centre.org/cryptocurrencie