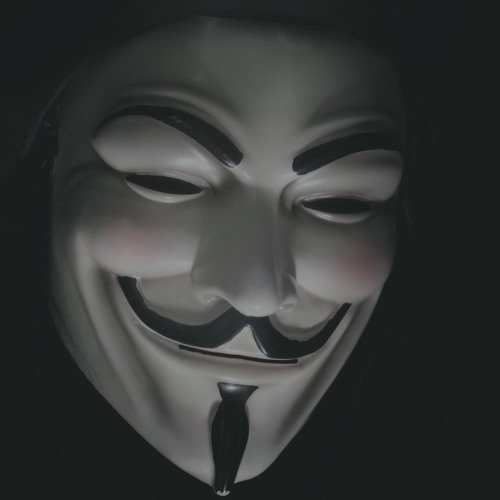 The rising popularity of cryptocurrency and blockchain technology has brought many benefits to the world; however, this hasn’t come without a few downsides. Along the way, we have also seen a rise in the number of cryptocurrency crimes. From kidnappings to money laundering and many more types of crime, police and governments around the globe are looking to coordinate efforts in order to stop crypto criminals. In this article, we’ll take a look at some example cases and how law enforcement is handling them.

ICO scams are one of the most common types of cryptocurrency crimes. Oftentimes, project teams are completely fictitious. As during any ICO, investors send ETH, BTC, USD, and/or other currencies to the wallets of the project. The only difference is that fake projects keep the funds and give no tokens whatsoever in return. Most often, these scams involve fake project team profiles, which sometimes even include big-name entrepreneurs like Richard Branson.

One ICO for a project called Miroskii used a photo of actor Ryan Gosling for a profile of a fake graphic designer named “Kevin Belanger”. While it might appear evident to some or even most people that this was a fake profile, this fraudulent ICO actually claimed to have raised $830,000. Little is known about the consequences of such a scam since there is currently no info online about any charges against the project. Even the project website is still running; however, you won’t find the profile for “Kevin Belanger” or anyone else on the team any more.

The ICO scam issue is so bad that the United States Federal Trade Commission (FTC) will be discussing this as part of its workshop in Chicago on June 25, 2018, at DePaul University. One of the biggest problems with ICO scams is the overall lack of regulatory framework in place for public fundraising at a national level. In the US, for instance, states like Texas have been the most proactive in banning certain cryptocurrency projects and ICOs that are deemed to be fraudulent.

It’s bad enough when someone loses money due to a cryptocurrency exchange hack or an ICO scam but there are even worse ways to get funds stolen. There have been quite a few incidents of robbery and kidnappings involving cryptocurrency. During one such incident in Dubai, a gang of ten individuals pretended to be in charge of issuing mandated trade licenses for the cryptocurrency. Two brothers who were looking to purchase trade licenses were carrying around $1.9 million in cash. The gang impersonating the trade license issuers stole the cash from the two brothers and also assaulted them. Since that time, the ten suspects have been apprehended and referred to public prosecutors. In another incident, Louis Meza, a man from New Jersey, even kidnapped his friend and stole $1.8 million in cryptocurrency. Meza lured his friend into a minivan and a gunman pointed a pistol at the friend, demanding his 24-word passphrase to access the victim’s Ledger Nano S wallet. Meza also looted the victim’s apartment, stealing a ledger and other information. While a lot of cryptocurrencies are designed to make the transfer funds untraceable or at least rather difficult to track, Meza made two key mistakes.

First, there was surveillance video showing him enter the victim’s apartment. Second, he used a popular cryptocurrency exchange to transfer stolen funds from ETH to BTC. The account’s public address included his own name, which gave a lot of evidence linking Meza to the crime. Meza pleaded not guilty to grand larceny, kidnapping, robbery and related counts at his arraignment in the Manhattan Supreme Court in December 2017. The judge ordered $1 million bond or $500,000 cash bail.

There have already been a few large-scale cases for money laundering via cryptocurrency. Thomas Mario Costanzo allegedly used cryptocurrencies to launder proceeds for drug dealers. Costanzo was arrested during a USDHS-coordinated raid in April 2017. Evidence also shows that Costanzo used crypto to buy drugs and offered an online cryptocurrency exchange service for other people to purchase drugs without adding the required KYC authentication process.

The possible sentence for such crimes is rather hefty. The five charges placed on Costanzo can bring a maximum sentence of 20 years in prison, a $250,000 fine, or a combination of the two. In addition, any cryptocurrencies used in these crimes could be taken away by the U.S. Justice Department. The sentencing will take place on June 11, 2018.

There have even been some cases requiring international law enforcement cooperation. One recent example involved authorities from Finland, Spain, the United States, and Europol. In this case, 137 individuals were investigated and 11 were ultimately arrested in April 2018. Originally, criminals laundered drug money from Spain to Colombia using credit cards.

The group realized quickly switched to cryptocurrencies after realizing the easy traceability of traditional bank accounts. Nonetheless, law enforcement officials from Europol were able to track down criminals by monitoring crypto-to-fiat exchange transactions (Colombian pesos). Europol has stated that it is committed to giving additional cryptocurrency crime detection training to its officers. It will also continue to coordinate to stop such crimes both within the EU and beyond.

The Future of Crypto Crimes

Undoubtedly, crimes related to cryptocurrency will continue to rise as the popularity of cryptocurrency in general rises. Even though there are many good aspects of a crypto-based economy (i.e. greater transaction privacy, users control over funds, and freedom of capital flow), these same benefits do bring new potential challenges to stopping crimes of the present and future. In some instances, criminals might still leave behind evidence that can be tracked.

However, it is also likely that cryptocurrency crimes will become more intricate and potentially even more difficult to stop than traditional crimes attached to fiat currency. As criminals become smarter, it is clear that law enforcement agencies will have to remain on top of changes in emerging technologies as they relate to criminal activity.

This article was originally published on Coincentral: https://coincentral.com/crypto-crimes-ico-scams-robbery-and-money-laundering/