Why Is Cryptocurrency Associated with Criminal Activity? 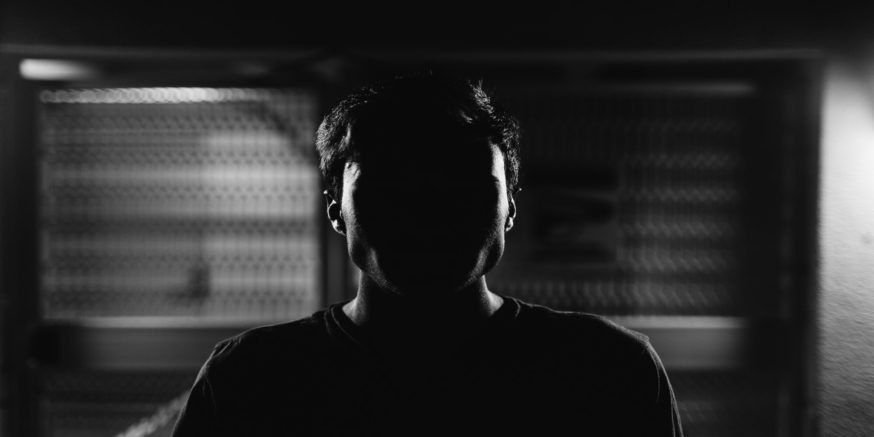 Despite countless examples to the contrary, many people still toss cryptocurrency and criminal activity into the same bucket. But is this born out of ignorance or fact? We all fear the unknown. Perhaps it’s partially because, to the layman, digital currencies suddenly seem to be taking over.

Despite proving that cryptocurrency is about more than evading taxes, why do so many people still make the link between Bitcoin and nefarious deeds?

If The Silk Road conjures up images of an ancient trade route between the East and West, and intrepid merchants thirsty for adventure, your version needs a little updating. Many people think of cryptocurrency and criminal activity because of The Silk Road website that used Bitcoin as its main currency.

It was an online marketplace for buying and selling drugs, weapons, and all things illicit on the dark web. Alongside giving rise to Bitcoin’s popularity, The Silk Road also tainted its reputation. Just like that toxic ex-lover you knew was bad for you, Bitcoin and The Silk Road just couldn’t be separated.

When Bitcoin reached parity with the dollar in 2011, buying and selling on The Silk Road was easy. It was also relatively anonymous–until the Feds began to investigate, find, and prosecute criminals and the website was shut down. But the stain on Bitcoin’s reputation lived on.

Are cryptocurrencies and cybercrime synonymous?

Another reason people associate cryptocurrency and criminal activity is cybercrime. Unfortunately, being natively digital, cryptocurrencies like Bitcoin fast became cybercriminals’ payment method of choice when using Ransomware. Since there’s no physical location connected to a cryptocurrency wallet, the perpetrators are much harder to trace.

Think of Bitcoin and other cryptocurrency wallets as the cyber equivalent of an offshore account in the Cayman Islands. Drug dealers and crooks have used those for many years, now they’re just on the net.

However, since Bitcoin isn’t as anonymous as people thought, the kicker comes when the criminals try to convert their Bitcoin into dollars.

There are workarounds of course, such as a crypto to crypto exchanges that don’t ask users to create an account. In the US, protocols of KYC and AML are effectively preventing this kind of transaction. But many other countries still allow for them to be anonymous.

Cryptojacking is another problem looming ever larger in the cybersecurity space. While the hackers’ intent is to use computational power to mine cryptocurrency, not to overtly steal funds, they’re still stealing electricity and making devices run slower. All while accumulating millions of dollars’ worth of coins like Monero.

Most companies are a step ahead of the crypto jackers by now. They’re using effective patch management and improving employee cyber hygiene. Individuals can also protect themselves by installing adblockers and antivirus programs. But that doesn’t stop ingenious hackers who’re getting more creative every day, whether they use a free WordPress design or a malicious advert.

It does nothing to help separate the association of cryptocurrency and criminal activity either.

There’s no one who wants to remain as anonymous as a gangster or mafia thug. After all, most upstanding citizens have no qualms about their data. Unless it’s being used without their knowledge by companies like Facebook, it’s generally not essential to them that their transactions are kept covert.

Quite a few people so far have used cryptocurrency to send large sums of money outside of their country. On top of that, the sources of the amounts may be unknown, unlike a bank that requires customers to justify the source of funds.

Yet, many argue that anonymity and privacy are a person’s right. And actually, Bitcoin came about as a response to the 2008 financial crisis. That was arguably one of the darkest pits of criminal activity ever witnessed.

Thanks to the widespread corruption of centralized agencies and governments, Bitcoin was born. And early developers of cryptocurrency identified as cypherpunks, argue that privacy is necessary for an open society in the electronic age.

Ironically, fiat currencies are much more suitable for money laundering than crypto, with the US dollarbeing the criminal denomination of choice. It’s actually far easier to not leave any trail with dollar bills than it is by using cryptocurrency since your digital footprint is almost always trackable.

Howey Coin, an SEC “scam” to help teach investors a lesson about the dangers of ICO fraud.

Rather than hearing about all the successful ICOs, headlines pay far more attention to cryptocurrency scams. The wider public not involved in the cryptocurrency sphere may not hear about charitable donations being made in Bitcoin, or Ethereum building a decentralized world. But they do hear that 10 per cent of all ICO funds were stolen in 2017. Or that over 80 per cent of all ICOs are scams.

ICO scams are such a big problem that the SEC issued one to demonstrate how easy these scams are to fall for and to educate investors. With regulators starting to pay more attention and getting stricter on ICOs, the number of scams should start to diminish. And with companies like Google and Facebook banning ICO advertising and celebrities starting to endorse less ICOs (including “Shitcoin Shiller” John McAfee), more investors may be saved.

But ICO scams are yet another trigger for the cryptocurrency and criminal activity association. And the scammers always find a way to get around the ad bans, using social media and offering to send Ether back to people who send it to them first.

You have to admit, it’s hard to have sympathy for the type of person who would fall for a scam this glaringly obvious, yet there have been plenty of unfortunate victims. This scam has caused many high-profile names in crypto to include “not giving away ETH” after their name. Just check out Vitalik’s Twitter.

Vitalik “Not giving Away ETH” Buterin

The lack of regulation thus far has caused the criminal association to reach fever pitch, with the crypto space often referred to as the Wild West. However, regulation is starting to appear in various forms around the world this year.

In the US, the SEC is calling on all exchanges to register as securities exchanges. Around the world, other countries are drawing up legal frameworks to protect investors without restricting innovation.

We’ll always associate large amounts of cash with criminals. But as people become more knowledgeable about cryptocurrency, hopefully, the knee-jerk reaction about its criminality will begin to dissipate. And already, there seems to be a change in the air.

That said, it’s inevitable that criminals will use cryptocurrencies for nefarious deeds, as long as there are criminals in our world. In the same way that they will continue to rob banks, kill each other, and start wars. We don’t associate major banks with criminal activity even after 2008, so maybe it’s time to let cryptocurrencies off the hook.

This article has been originally published on Coincentral.

Christina is a B2B writer and MBA, specializing in fintech, cybersecurity, the blockchain, and other geeky areas.