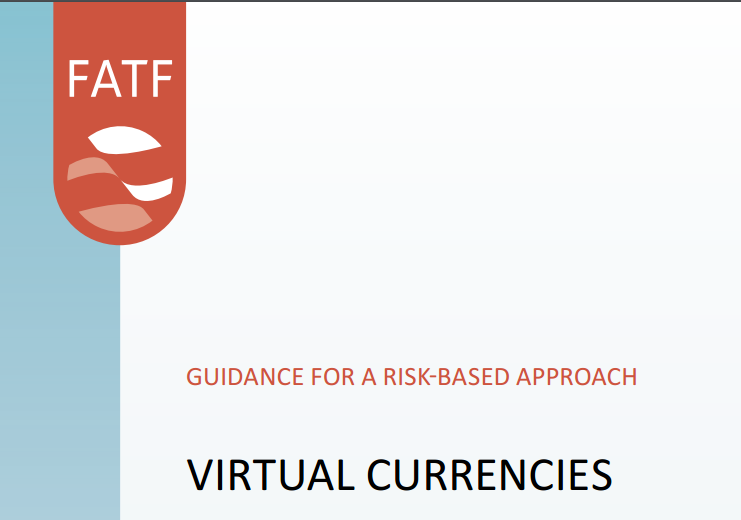 The 48-page document acknowledges that digital currencies carry several economic benefits such as decreased transaction costs, financial inclusion for those lacking access to banking services and the facilitation of microtransactions. You can find the document at http://www.fatf-gafi.org/media/fatf/documents/reports/Guidance-RBA-Virtual-Currencies.pdf

However, they also carry risks of money laundering and terrorist financing and “other crime risks that must be identified and mitigated”, it warns.

The international anti-money laundering and terrorism financing watchdog held its third meeting for the year under its current Australian presidency.

What the report recommends

Adopting the standard description ‘virtual currency payments products and services’ (VCPPS), the latest FATF document singles out currency exchanges for examination, saying only these gateways represent a risk at present.

It urges its member nations to gain a greater understanding of how digital currencies and VCPPS function, performing their own risk assessments in order to identify potential risks and allocate resources. Different agencies and policy groups in each country should share knowledge in order to be more effective, it added.

The report recommends that all exchanges should be registered and licensed, subject to the same scrutiny as other financial institutions and money transfer businesses. Likewise, VCPPS should do the same due diligence as their traditional counterparts, and those accepting wire transfers from foreign countries should have adequate records of senders and beneficiaries.

If VCPPS or individuals that do not comply with the above requirements, FATF prescribes a “range of effective, proportionate and dissuasive sanctions”.

It acknowledges there are, however, difficulties presented by the largely anonymous (or pseudonymous) nature of a decentralized blockchain, as well as an inability to prevent payments for certain prohibited goods or person-to-person transactions.

There should be international cooperation to assist countries more affected by ML/TF crimes, including confiscation of digital currencies and extradition assistance. Any suspicious activity should be reported to authorities, with customers’ identity and digital currency addresses recorded.

FATF has had its eye on digital currency for some time, having mentioned “decentralised digital currencies” as a topic worthy of examination in a 2013 report.

It published a more focused report mid-2014 and in March this year it advocated for each digital currency to be evaluated separately on its attributes.

FATF has 36 members representing most of the world’s major economies. It was established in 1989 to combat money laundering, terrorism financing and “other related threats to the integrity of the international financial system”.

There is a rotating presidency among members, who hold plenary meetings three times every year. Its report on recommendations to combat money laundering and terrorist financing is published annually. South Korea will take over the presidency from Australia starting July”

The article FATF: Regulate Virtual Currency Exchanges to Counter Crime Risks was written by Jon Southurst (@southtopia) and was the main source of content for this article