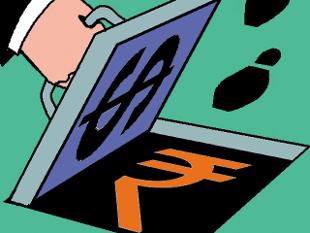 “People who own patents in India are suddenly in demand – in many cases not because of the value of their inventions that may be worthless, but as a conduit to launder money.

There have been many cases in recent months where patent owners made millions by selling intellectual property to front companies abroad, under deals tailored to round trip unaccounted money back to the economy as legal earnings, say tax experts. Innovative and cheap money laundering tricks like this, they warn, could render the amnesty scheme unveiled in Monday’s Budget unattractive to holders of unaccounted money.

Using patents to launder money is a relatively new technique. Explaining the modus operandi, a tax expert said an Indian company or individual first forms a partnership with the patent holder. The patent is then sold to a firm outside India and the money is received legally, paying income tax at the government rate of 10 per cent for such earnings.

“The catch is, the company outside India is a front,” said the tax expert, who requested not to be named. The money involved is often originated in India and sent abroad via havala or other illegal networks.

Under the deal, the person who owned the patent gets his cut and so does the foreign company. All these cost less than paying income tax at 30 per cent or the 45 per cent rate the government proposed to levy under the unaccounted money declaration scheme announced on Monday

Many dealers have come up with innovative but unscrupulous tools to help people holding unaccounted wealth. Many of those who hold such wealth fear the BJP government, which has shown a strong resolve to unearth unaccounted money, would come after them”.

This article was posted by Paul Hamilton.

The article and author can be viewed at http://economictimes.indiatimes.com/news/economy/policy/money-laundering-trade-patents-a-new-tool-for-bringing-back-black-money/articleshow/51220405.cms