Need to launder money? Take control of a Bank that’s what these criminals did 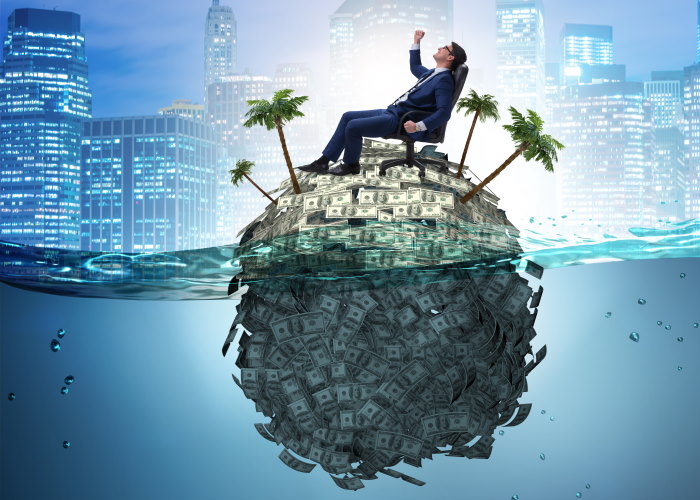 “The term “follow the money” was made famous during Watergate and is paradigm for many AML/CTF laws that require financial institutions and others such as the remittance industry to apply know your customer rules to the onboarding of new customers, establish a risk-based approach and file reports when deemed necessary.
The problem for anyone engaged in financial crimes is getting the money out of their country without a trace so that it can be retrieved later. Carrying cash is far too risky, so finding a way into the financial system to move funds electronically is crucial. Anthony R. Murgio and Yuri Lebedev accused of setting up an illegal Bitcoin money-transmission business to help hackers launder money from ransom demands made on companies threatened with cyberattacks. Mr. Murgio and Mr. Lebedev hid their money-transmission business, called Coin.mx, behind a dummy corporation named “Collectables Club.” Its website claimed to let members’ trade cars, stamps and sport memorabilia, with the club taking a 15 percent cut of the transactions. Mr. Murgio opened accounts at two banks to move the money from Bitcoin transactions at Coin.mx to accounts in Cyprus and the British Virgin Islands, using the club as a front to explain the volume of large transactions.
In using the accounts, the defendants needed to avoid setting off the anti-money laundering controls in place at the banks. An email from Mr. Murgio quoted in the complaint instructs a customer of Coin.mxnot to send $100,000 by wire because it would get flagged by the bank. In a lament undoubtedly repeated by those trying to launder money, he wrote that “if the U.S. was not so damn screwed up about this stuff, we wouldn’t have to deal with this.” The complaint estimates that about $1 million went through the accounts at the two banks, which is not a trivial amount but hardly enough to conduct a major illicit money transmission business, especially if the transactions have to be kept small enough to avoid setting off inquiries. The next step in the program described in the complaint was a creative one: gaining access to the banking system by taking control of a credit union. An ordinary bank customer has to worry about being monitored, but if you control the financial institution, then you do not have to worry about the money laundering rules. Mr. Murgio and Mr. Lebedev took over a tiny credit union in Jackson, N.J., called Helping Other People Excel Federal Credit Union, in May 2014 they established new directors with ties to Mr. Murgio, including Mr. Lebedev, were then installed on the board. Given its small size, with less than 200 members, and modest operations, it was no surprise that the credit union did not have anti-money laundering controls in place because it did not need them.
After Mr. Murgio was put in charge, an account for a payment processor was opened through which as much as $30 million a month in bank wires was transmitted. For a credit union with only about $200,000 on deposit by its members, this caught the attention of the National Credit Union Administration, the regulator of federal credit unions. It ordered the credit union to stop to the transfers and remove the new directors. But for a few months in 2014 there was still access to the banking system to move money without any concern about anti-money laundering obligations. Charges have been filed by the Justice Department. The financial services sector is the first line of defense against money laundering. For me complacency isn’t an option and it shouldn’t be about winning or losing, because, as in sports, you can’t always win but you should try to stay competitive and current. As for weaknesses, there are many in our complex financial system and sophisticated criminals will always try to expose them at any given opportunity.”

The Challenges of Fighting Money Laundering was the main source of content for this article.

The Challenges of Fighting Money Laundering  can be viewed at http://www.nytimes.com/2015/08/04/business/dealbook/the-challenges-of-fighting-money-laundering.html?_r=0