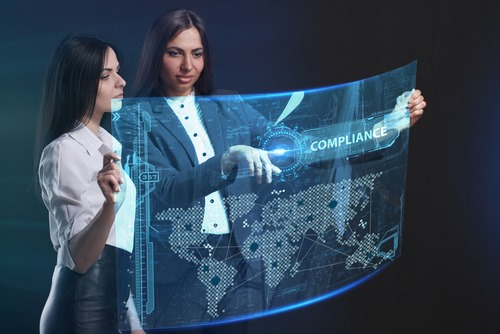 However, minor the task of sanction screening or name filtering sounds it contributes to a significant amount of false positives and is a time consuming task that leaves less time for other AML patients.

And in today’s environment of tighter AML regulations, constantly evolving instant payment initiatives, open banking (i.e. API) and mobile wallets, as the complexity increases so do the false positives.

While this presents major opportunities it puts a lot of pressure on the risk and compliance systems at financial institutions, which need to detect and flag actual threats in real-time. And this new reality has arisen, let us not forget, at a time when regulators are imposing ever-increasing responsibility on those people who are tasked with keeping a financial institution from being compromised for money laundering and terrorist financing.

Therefore, screening individuals and entities is a key task as well as a legal requirement of any compliance program.

“A financial institution discovered, after employees returned from the weekend, hundreds of SWIFT payments had not gone out, because the system had falsely identified the beneficiaries as a sanctioned name or entity”

The Challenges of Name Screening

Sanctions lists can be found in all formats and sizes. Some are country-based, often following United Nations resolutions to promote world peace and human rights; they prohibit certain if not all transactions. Other sanctions are motivated by politics and foreign policy at a national level, as is the case with the United States’ economic embargo against Cuba. A third category imposes targeted sanctions (e.g. the freezing of assets, travel bans and arms embargos) against specific persons, groups, undertakings and entities, as is the case with any terrorist group such as the ISIL (Da’esh) and Al-Qaida sanctions lists.

Sanctions lists are fairly straightforward. The course of action regarding persons and entities on sanctions lists is clear – they are a no-go for most financial institutions and when confirmed a Suspicious Activity/ Transaction Report (SAR/STR) must be submitted to the local financial investigation unit (FIU) authority. Complication is manifested when a company is not on any official sanctions list, but a shareholder is, therefore you are required to treat it as a sanctioned entity.

Watch lists serve the purpose of assessing a client’s potential risk and includes (among others) PEPs. A politically exposed person (PEP) is someone who has been entrusted with a prominent public function and therefore presents a higher risk for potential involvement in bribery and corruption by virtue of their position and influence. The Financial Action Task Force on Money Laundering (FATF) issued its latest definition of PEPs in 2012:

This distinction is important for a risk-based approach. Also it’s important to note that there are still countries who do not subscribe to the notion of domestic PEPs being a risk at all.

In addition, persons who are not politically active but who have been entrusted with a prominent function by a state-owned enterprise or an international organization, for example members of senior management, directors, deputy directors and members of the board or equivalent functions may also appear on watch lists.

Being on a PEP or other watch list obviously does not mean that a person is corrupt, but that person presents increased risks owing to the possibility that an individual holding such a position will have far greater opportunity to misuse power and influence for personal gain, or may be open to malign influence by a third party. A point that is often overlooked, but really important as bribery convictions reach all-time highs, is the risk that business partners may pose if they qualify as “public officials” based on their company’s ownership structure if fully or partially state-owned.

Adverse media comes from a range of local, national and even global sources as well as online social platforms. Adverse media can support a financial institution or a corporate company’s decision to engage or not to engage in a business relationship based on the risk associated with the client from negative news. Adverse media can reveal potential involvement in money laundering, terrorism, various criminal activity and other potential crimes that could have a reputational backlash for a firm.

Although, many lists are publicly available, there are technical challenges because these sources have different ways of presenting information. Some offer well-structured information in downloadable XML files, others in CSV or delimited text files, while others can be drawn from social feeds, blogs, web posts and many are unstructured, and still other sources have online lists across multiple web pages, and some are even in PDF format only.

Not to mention the URLs are constantly being moved, without notice. Therefore, a firm’s name screening might not be including an important source, because the URL changed without notice.

Despite the apparent simplicity and straightforwardness of list screening, selecting the lists that will benefit all areas of your financial crime prevention program can therefore be a daunting task. Here are a few factors to consider:

A majority of the relevant lists published are in a Latin character set, while many of the names on them originate from countries that do not use the Latin alphabet. Therefore, names that are Chinese, Greek, Islamic, Russian and Thai, etc. must be transliterated from their home language to a Latin one. However, the complication does not end there. For example, in the Arabian Peninsula, Jamal is pronounced Jamal, in Egypt Gamal, and in Algeria Djamal. These are all the same Arabic word, but one that is spelled (transliterated) in various regional ways when written in English.

A further example of transliteration is the voiceless uvular plosive used in Arabic and other languages. It is pronounced approximately like English [k], it’s pronunciation varies between different languages and different dialects of the same language. The consonant is sometimes transliterated into “g”, sometimes “k”, and sometimes “q” in English.

For example, the former Libyan leader’s name can be spelled in various ways:

A company might not be on an official sanctions list, but according to an Office of Foreign Assets Control (OFAC) rule it can be blocked if stakeholders who are on lists have ownership equal to or above 50 percent (this is known as the 50 Percent Rule); thus there is a good chance that the company in question will itself be treated as a sanctioned entity. To put it simply, if company X is blocked and it owns 50 percent of company Y, company Y is also considered blocked, even if that entity doesn’t appear on the OFAC Specially Designated Nationals (SDN) list.

For this reason, it is imperative that corporate ownerships are verified when dealing with certain countries and corporate structures to ensure that none of the beneficial owners are prohibited persons under OFAC regulations.

Given the various points raised above, here are some practical steps you should take if you wish to make efficient use of lists and increase the effectiveness of sanction and Pep filtering:

True, there is a lot of hype about Artificial Intelligence (AI) and most AI examples that you hear about today – from Google Assistant, Alexa, Siri, or Bixby, to self-driving cars – rely heavily on deep learning and natural language processing. Using these technologies, computers can be trained to accomplish specific tasks by processing large amounts of data and recognizing patterns in the data

Therefore, if you are serious about sanction screening and tackling money laundering with an acceptable return on your efforts and investment, you need to acquaint yourself with artificial intelligence (AI) and machine learning (ML).

Artificial Intelligence and Machine learning uses two types of techniques: Supervised, models are trained on data with known inputs and outputs (also known as categorized data) to identify potentially suspicious transactions. while Unsupervised, models are exposed to raw data to find hidden patterns or intrinsic structures that might signal money laundering or other financial crimes.

The importance of this is demonstrated with the use of supervised learning in sanctions screening where every payment transaction must be screened to check if any beneficiaries are on a sanction or watch list.

However, screening systems produce a lot of false positives that must be dispositioned by a human reviewer, before the transaction can leave the gateway or employees which are greeted by thousands of false positives after an overnight batch screening.

Hopefully, AI can be trained, well enough, to eventually takeover much of the task of reviewing these false positives. There can’t be enough said to the urgency of experimenting with artificial intelligence (AI) now as these models and algorithms need to be constructed, systems set up and then trained, tested, trained, tested and trained until these technologies are taught to address the repeatable high-volume of false positives.

That said, AI is not in itself a “silver bullet” and the process of getting these models up and running can be laborious, therefore, banks should consider cloud-based multi-tenant solutions that share out the cost burden and a can improve time to deployment.

Other technological advances, such as distributed ledger (e.g. blockchain) technology, will help to improve banks’ ability to monitor complex, multi-part transactions. These “smart contracts” with advance algorithms, will allow financial institutions to securely parse data through an AML engine on the blockchain,” in this way banks can store and share data, thus eliminating excessive complex bureaucracy involved in information sharing.

I can be contacted on LinkedIn @ https://www.linkedin.com/in/paulhamilton2/