Trade-based Money Laundering – and How to Combat It. 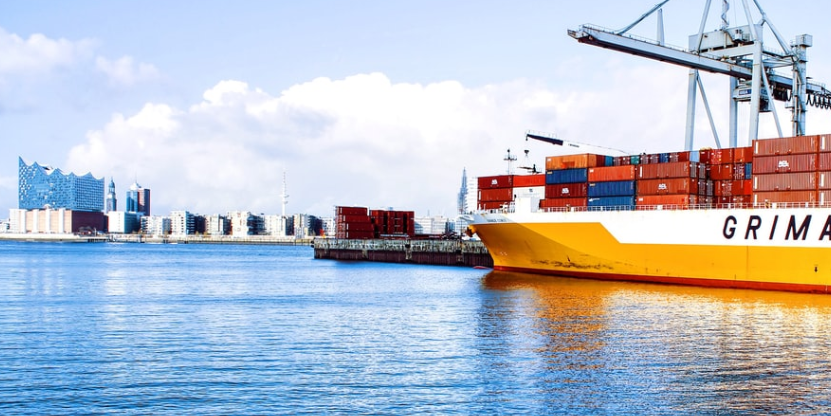 With international trade valued at approximately US$ 16 trillion per annum, it provides ample scope for money laundering. According to the International Narcotics Control Strategy Report (INCSR) hundreds of billions of dollars are laundered annually by means of trade-based money laundering (TBML). It is one of the most sophisticated methods of cleaning dirty money. TBML red flags are among the hardest to detect. For example: what is the value of a dress? Is it $3? Or $30? Or $300? This simple uncertainty creates an environment that’s rife for abuse. TBML accounts for hundreds of billions of dollars of illegal money flows annually. According to a PWC report published in January 2015, 80 percent of illicit financial flows from developing countries are accomplished through trade-based money laundering.

Commonly used TBML techniques include over or under-invoicing and multiple invoicing, all of which facilitate money laundering through the creation of artificial profits or losses. Honest exporters and importers can be unknowingly caught up in such schemes:

An alternative is to over or under-ship the goods themselves:

A further common technique is the fraudulent description of exported goods:

Trade diversion is a common way of moving goods between high-cost and low-cost (or “developing”) economies, taking advantage of price differentiation between markets.

Red flag checks also target the illicit shipment of dual-use goods – goods that can be used for both innocent purposes, as well as sinister ones. These could include chemicals for making illegal drugs, or that could be used for both civilian and military purposes. Ammonium nitrate, for instance, is used as a fertilizer but can also be used in explosives. In this case, understanding the context of the shipment, and knowing the organizations involved is key.

What should banks do?

Regulatory bodies around the world are stepping up scrutiny of TBML and banks are increasingly obliged to take more stringent action to ensure they are not unwittingly facilitating illicit transactions. The Monetary Authority of Singapore (MAS), the Hong Kong Monetary Authority (HKMA) have taken the lead in issuing guidelines and red flag checks around trade finance, based on advice from the International Chamber of Commerce (ICC), Bankers Association for Finance and Trade (BAFT) and FATF.  These red flag checks define the key attributes in trade finance transactions that indicate a high risk for TBML and are now seen as the global standard for due diligence for which financial institutions must screen and monitor.

In particular, banks have a duty of care to identify where goods are being shipped, what transportation is used and whether goods can potentially be used for dual purposes. However, this is not just a duty for banks; companies involved in exporting and importing must exercise due diligence to ensure that they are not (wittingly or unwittingly) involved in suspicious trade activity.

As is the case with other forms of money laundering, failure to comply will not only result in huge fines, but also significant reputational damage. Regulatory enforcement actions often feature specific language indicating that banks aided and abetted terrorism, drug trafficking, and human trafficking by failing to detect and report illicit activity, upon which media outlets can be quick to capitalize.

Compliance with government sanctions lists naturally forms a substantial part of the checks for trade finance that banks are required to make. Red flag guidelines require banks to keep a sharp eye out for customers conducting business in, or shipping items through, high-risk states, or customers engaging in potentially high-risk activities, including the arms trade or the export of dual-use goods.  Banks must verify all counterparties (corporations and banks) as part of Know Your Customer (KYC) regulations and ensure that all parties to a transaction undergo “sanctions screening” against official sanctions lists, including those from the Office of Foreign Assets Control (OFAC), the European Union (EU), and the United Nations (UN).

Why is compliance so difficult?

However, such compliance is no mean feat because, as we have seen, there are many TBML techniques, which can be  used in many combinations. Moreover, whereas legitimate international trade assumes that there is only an advising bank and an issuing bank, acting on behalf of both the importer and the exporter, the reality of letter of credit (LC) processing, could be far more complicated with many additional parties involved: one or more reimbursing banks, as well as the banks of intermediaries, advisors, shipping and insurance agents, vessels, forwarding agents, consignees, notifying parties … the list is virtually endless. Multiple financial institutions and agents, multiple ways to move the goods, etc., all add complexity upon complexity for the purpose of monitoring for money laundering.

Thus, even though all of the TBML techniques listed above are well known to investigators, there is no easy way to identify this form of money laundering activity, at least not using traditional methods. The data that is required to identify suspicious activity typically resides in multiple sources, over which the individual investigator at a bank or regulatory authority has limited visibility. Moreover, as is the case with all forms of anti-money laundering investigation and sanctions list monitoring, TBML throws up a large number of false positives, which reduce both the investigator’s productivity and the likelihood that he will spot a true positive.

The principal reason for the high rate of false positives is that the source data being used has not been subjected to data normalization or data cleansing, and it resides in various legacy systems that are not integrated and not shared by the various financial institutions involved. Typically, there is no link between letter of credit data and associated data and a financial institution’s watch list. Consequently, most investigations are largely manual and carried out by individual investigators in individual banks. There is a complete lack of transparency and visibility.

With multiple document formats and data sources to monitor, banks are increasingly looking to artificial intelligence technologies such as natural language processing (NLP) to meet their TBML compliance obligations. To this end, unstructured data from the various paper-based trade documents must first be scanned and put into machine-readable text format. Once the data is in a format that can be processed and analyzed, NLP can be used in combination with a rules-based engine to interpret the text, understand the context and draw conclusions from it to identify red flag indicators as well as true beneficial owners on sanctions lists.

By harnessing the capabilities of such technologies, banks will be able to go monitor and detect money laundering activities more rapidly and efficiently than in the past, throwing up fewer false positives without the burden of having to employ large numbers of investigators to tackle difficult compliance checks manually. Human investigators will, instead, be able to focus on following up genuinely suspicious activity.

While TBML remains widespread, red flag guidelines and watch lists will continue to evolve and grow. It is only through flexible, intelligent, automated AI-powered solutions that banks can keep up with and adapt to heightened regulation required to tackle this growing international crime.

That said, AI is not in itself a “silver bullet” and the process of getting them up and running can be laborious if undertaken by individual financial institutions. Models and algorithms need to be constructed, systems set up and then trained and tested. This will involve expert investigators working with data scientists to set up suspicious activity scenarios based on all the key fields involved in a trade transaction. Banks should therefore look to cloud-based multi-tenant solutions that share out the cost burden.

When the system detects a potential red flag based on the pre-programmed scenarios, an alert will be generated, giving the investigator immediate access to the specific transaction. Investigators will then need the ability to rapidly find transactions that exhibit similar characteristics.

Nonetheless, greater international cooperation is vitally important. Progress in combatting TBML will be greatly accelerated if regulators across jurisdictions can formulate agreements for better information sharing and improve the harmonization of data that is scattered across multiple systems, borders and financial institutions.

For more articles join the AML Knowledge Centre at https://www.linkedin.com/groups/8196279/