Utility and Security Tokens: A Growing Case for Crypto Self-Regulation 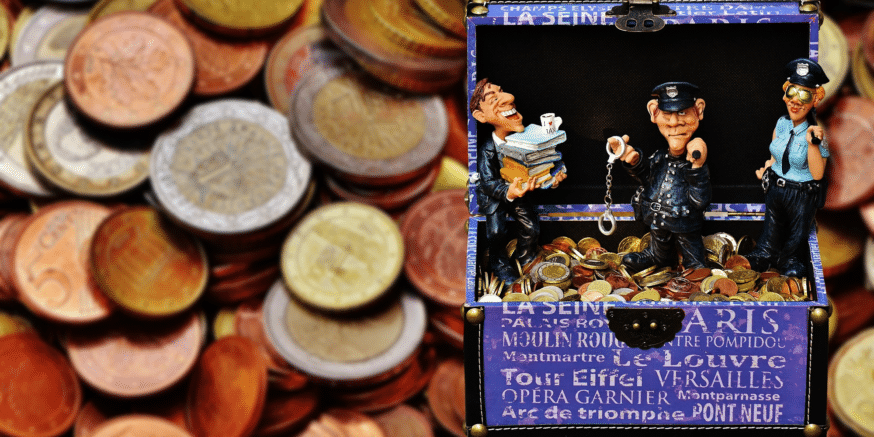 The early 21st century might very well go down in the annals of history as the gold rush of the modern age. Utility and security tokens are emerging from all corners of the globe and project teams are licking their lips as a new wave of investor funding is born. Capital from Initial Coin Offerings (ICOs) in 2018 has already surpassed the 4x mark compared to 2017. And we’re only just moving into the second half of the year.

Tokenization of assets existed well before the invention of Bitcoin or even the arrival of the Internet. But now they’re taking their place at the forefront of the next digital revolution. For better or worse, the Ethereum project has popularized token creation through its ERC20 standard. Why build your own blockchain when an off-the-shelf solution already exists?

The Nitty-Gritty – What is a Token?

The only difference between a token and the spare change you carry in your wallet is where you can use it. Coins issued by national authorities and governments are considered a legal tender for everyday life and can be exchanged widely. Tokens, on the other hand, are usually issued by a private company for use in a local network.

A great example (that probably brings back childhood memories) is the tickets issued at your neighbourhood funfair. And of course, what article would be complete without a real-world wild west example:

A token used in the Red Dog Saloon brothel

Jokes aside, it should be apparent then that there are no strict rules when defining a token. You could issue your own family token from rocks in your yard. As long as you could get others to buy into the idea, a family tradition of rock tokens could theoretically take off.

In the cryptocurrency space, it’s utility and security tokens which have arrived first to the party.

Just as listed in the examples above, tokens represent access to a company’s product or service. In the case of ICOs, companies often don’t have a product or service available upfront and are looking for funding. By offering tokens in exchange for capital, projects are making investors a promise of a future product/service. The investor is taking on the risk that the project will have a usable token sometime in the future of the proposed network. And hopefully, that token will have appreciated in value.

We already see this model in action in the video game industry. Companies will offer ‘early-access’ benefits to video game fans willing to fund development for their next big title. Often these fans will receive bonuses in the form of game skins, behind-the-scenes content, in-game currency, and so on.

Here’s where things start to get a little fuzzy. The crypto community would be more than happy to have every token regarded as a utility. In that case, they could simply get down to the business of investing without big brother hanging around. Governments and authorities, on the other hand, still view any investment that aims to make a profit as a security.

In a July 2017 testimony in front of the US Senate, SEC chairman Jay Clayton had the following to say about virtual currencies:

Merely calling a token a “utility” token or structuring it to provide some utility does not prevent the token from being a security. Tokens and offerings that incorporate features and marketing efforts that emphasize the potential for profits based on the entrepreneurial or managerial efforts of others continue to contain the hallmarks of a security under U.S. law.

The showdown is real. Fortunately, it’s a lot less bloody than it used to be. Two projects positioning themselves in the regulated token space are Polymath and tZERO. They are well worth checking out.

The arrival of the SEC into the cryptocurrency arena is a rather controversial one. On one hand, the completely unregulated ICO market is creating a tremendous opportunity for risk-taking entrepreneurs looking to make a real difference. On the other, just about anyone and their grandmother is setting up shop online with a few bucks and clever marketing hype. You know what they say, nothing is certain except death and taxes!

The US Supreme Court created the Howey Test in the 1940’s to evaluate whether a transaction qualifies as an investment. By doing so, the SEC and other US authorities have a benchmark to determine what a security is and what requirements are needed under US law. Securities in the US need to be registered with the SEC.

Under the Howey Test a transaction is considered an investment if:

The obvious problem with this approach (for US authorities anyway) is that cryptocurrencies by their very nature cross international borders. Trying to regulate projects based completely in the US may work. But regulating projects in another jurisdiction or regulating globally distributed teams is another matter altogether.

Most observers of the current ICO craze would agree that some kind of regulation is needed to reduce the rising risks in this wild west of the digital age. At the same, it’s worthy to note that allowing a highly centralized authority like the SEC to regulate a decentralized network is highly suspect.

The SEC itself has come under fire in recent years, particularly in the wake of the 2008/9 economic crisis. Multi-billion dollar companies like Airbnb and Uber have delayed their public IPO listings due to, amongst other reasons, incredibly high listing fees. This illustrates that the SEC seemingly promotes a system which benefits the rich under the guise of accredited investing. Shutting out the common man from investing in the future will only drive them to continue with their reckless investing practices.

The answer, as usual, lies somewhere in the middle. Since decentralization is the theme of the cryptocurrency era we must , no, encourage that appropriate regulation will come not from the hands of wealthy special interests but from the cryptocurrency community itself.